The View Out His Window (and in his mind’s eye): Photographs by Jeffery Becton 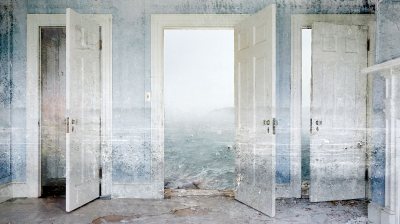 Jeffery Becton is a photographer and image-maker who lives on Deer Isle, a rocky and forested island off the coast of Maine. Becton makes work, in part, about his surroundings. The extraordinary sweeping coastal views that are such a part of daily life when one lives by the sea are often incorporated into his images. Equally critical is internal life, both the space inside the home (and the comfort and protection it provides from northern New England’s inclement weather), and the introspective and contemplative space that enlivens one’s imagination, and is no doubt encouraged in this stunning and remote location.

After viewing many works of Becton’s, one is struck by their dreaminess. Dreams after all combine the familiar and unfamiliar in impossible-in-our-world ways, but often seem to make sense—until the dreamer awakens and is confronted by its unbelievability. In Becton’s work, panoramic views of horizons where ocean meets shore are visible in the view out a window yet continue onto the walls inside dwellings. Barnacles one expects to see attached to a ship’s hull or onto tidal rocks live on the pale walls of empty rooms and float in the atmospheric vistas seen through an open door. Waves crest upon beach pebbles improbably situated under the angles of a Cape’s second floor, where they lap at the feet of lonely furnishings. Becton’s images are amalgamations, inversions of interior and exterior, they are places where disparate elements such as crustaceous marine life, thickly painted brushstrokes, and cirrus wisps and mackerel skies exist inside, outside, above, and below. How is it that these often haunting images possess an underlying calm, and seem to make sense?

Becton makes rather than takes images. Beginning in the early 1990s—technological light years ago—he began experimenting with digital montage, creating images by fusing visual information from photographs, and scans of and from paintings, drawings, into his compositions. Over the years, the subtlety and complexity of his imagery and ideas has evolved along with a fluid inventiveness and mastery of digital processes. To create the works reproduced in this publication, Becton photographed, paints, layered, fused, and altered digital imagery from myriad sources, and then seamlessly constructed pictures. In these sublime and illusory images, Becton shares a view filled with mystery and harmony from his island Down East and his mind’s eye.

Images courtesy of the artists. 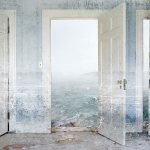 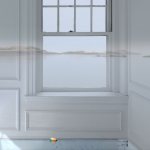 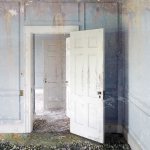 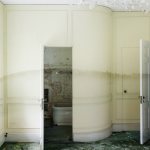 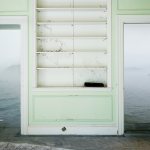 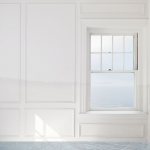 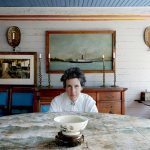 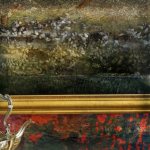 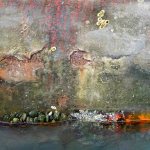 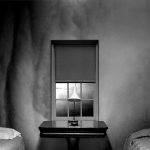 Down East Magazine, November 2015
Deer Isle artist Jeffery Becton creates surreal places from the bits and bytes of real ones.

The Times Record, October 30, 2015
The View Out His Window (and in his mind’s eye): Photographs by Jeffery Becton