Widely published and critically acclaimed, Valerie Smith ’75 is unimpressed by her own or her department’s academic celebrity.

This profile was originally published in the Summer 2004 issue of Bates Magazine.

But Smith stays grounded. What really matters, she told Black Issues in Higher Education, is mentoring young scholars to ensure the “reproduction of knowledge across the generations,” and reading academic manuscripts to help facilitate “relationships between junior scholars and the presses.”

And, of course, what also matters is “who’s doing the teaching.” 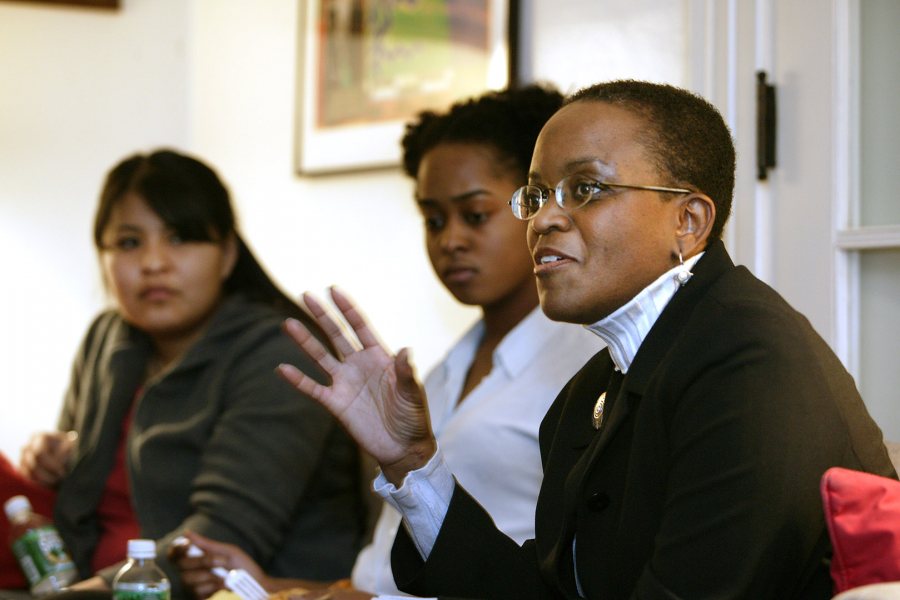 Some would say Smith is doing it all. She’s at work on a book about how fiction, autobiography, and film represent political activism and social change during the Civil Rights movement.

Last winter, she was chosen to give the keynote address for Princeton’s 2004 observance of Martin Luther King Jr. Day. Just recently, she returned to Bates, visiting with students and giving a talk about Clark Johnson’s Boycott, an HBO-produced dramatic film about the Montgomery bus boycott that she believes challenges myths about the period.

At the end of the long day, fielding a question about an approach to a subject she has not yet considered, her answer captures a winning mix of zeal and humility: “I can’t do everything. But I am trying to think about and write as many books as I can.”

In her Bates talk, Smith made the point that how we remember historical figures or events says as much about the present as it is does about the past. She offers two examples from the Civil Rights movement of the ’50s and ’60s.

Rosa Parks is remembered as a physically tired woman on a bus, but she was so much more, Smith says. An NAACP activist, Parks was politically fatigued after years of fighting segregation — not fatigued from one long day’s work as a seamstress capped by a single act of outrage. 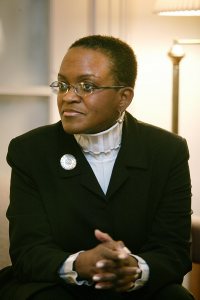 Or take King. “The moment of his martyrdom” reduces King to “the status of an icon,” Smith says. “That’s a disservice to his memory, to the movement to which he gave so much.”

Stirring as it is, King’s oft-quoted and oft-remembered “I have a dream” speech, delivered in 1963 on the steps of the Lincoln Memorial, further fragments his role in the movement.

“In other words, to limit Dr. King to a few phrases and a few moments makes us complicit with an act of cultural amnesia, perpetuated in the name of memorialization,” says Smith.

Just as King was a sum greater than audio phrases and film moments, memory is more than an isolated act or a cerebral function.

In remembering any historical figure or movement, one must “look beyond the prizes and the fanfare, and seek to explore the deeper, more profound meanings.”

With a doctorate from the University of Virginia, the Brooklyn-raised Smith says that “Bates gave me the tools I needed to succeed in graduate school.”

She received encouragement from many professors, and singles out two. The late Werner Deiman’s rigorous lectures on romantic poetry and British modernism propelled his students to “appreciate the aesthetic power and the intellectual substance” of writers such as Wordsworth, Coleridge, Keats and others.

On the other hand, Smith found moral inspiration in the example set by Dick Wagner, recently retired as professor of psychology, and his wife, Lois — in whose home she attended Quaker meeting — “by the way in which they were able to create a life in which their intellectual, spiritual, and progressive lives informed one another.”