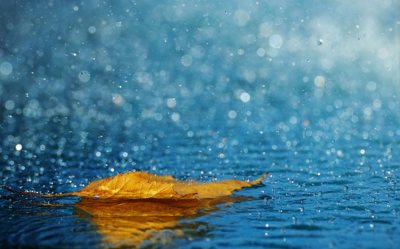 Warmer temperatures will likely lead to higher amounts of rain and other forms of precipitation. Photo from www.nationalweatherstation.com

“Atmospheric Warming and the Amplification of Precipitation Extremes” by Richard P. Allen and Brian J. Soden used satellite data and various climate models to assess the effects of increased atmospheric moisture and sea surface temperature in the tropics (30˚S to 30˚N). Many current climate models predict an increase in precipitation due to a warmer climate. Previous studies also observed that, as the earth warmed, arid climates became dryer and wet regions became wetter. This study concluded there was a strong correlation between sea surface temperature (SST), the amount of precipitable water in the atmosphere, and an El Niño Southern Oscillation metric (the NINO3 Index).  This means as temperature rises we will see more precipitation, especially during El Niño years (in the northern hemisphere). This study also examined the frequency of differing intensities of precipitation. They compared the frequency of “light”, “moderate”, “heavy”, and “very heavy” precipitation from observed satellite data, climate models, and calculations using the Clausius Clapeyron equation – which is used in climatology to determine the amount of water vapor in the atmosphere as a function of temperature and pressure. One of the most relevant findings from this analysis was the failure of both Clausius Clapeyron calculations and climate models to predict the increase in “very heavy” precipitation in full. Another finding from this analysis was a decrease in “light” precipitation, which would cause more droughts in dry areas, but this was not consistent between models, Clausius Clapeyron calculation, and satellite data. Overall, this study demonstrated that precipitation does increase with rising temperatures. Moreover, climate models most likely underpredict increases in high volume precipitation and misconstrue decreases in lower volume areas as an effect of the earth’s warming climate. 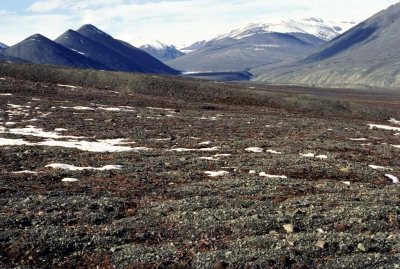 Climate change may affect the ability of tundra to serve as a carbon sink. Photo from www.bio.miami.edu

A close study of the effects of increased precipitation on vegetation production in two tundra locations revealed some interesting results. Tundra ecosystems are important to study with the changing climate because they often act as Carbon sinks due to their low decomposition rates. Climatic changes threaten to turn the tundra biome from a Carbon sink into a source, unless a factor (such as increased vegetation production) can act as a buffer in retaining some of the Carbon that could be lost to the atmosphere. This experiment spanned 3 consecutive growing seasons in two tundra locations: Northern Sweden and Northeast Siberia (bog and shrub-dominated tundra respectively). It was hypothesized that increased precipitation may increase vegetation production because these locations can often exhibit water-stress. Each site had both control and experimental plots, with an approximate doubling of summer precipitation (excess 200mm) in each experimental plot throughout each growing season. It was found that Swedish bog tundra vegetation had no growth or biomass response to an annual doubling of precipitation in any species studied (n=3). Some species responded with increased leaf size, leaf surface area, and stem length increments at the Siberian site, but again biomass response was negligible. These results suggest that water was not the primary growth-limiting factor in tundra vegetation (at least on the short term), and factors such as low nutrient availability and extreme temperatures may also determine the patterns of growth and production in these plants. One can imply from this study that the effects of increased precipitation on vegetation in other biomes may be largely dependent on other limiting biotic and abiotic factors in their specific environment. Additionally, as an increase in biomass was not a result of increased moisture, there is less hope for prospect of greater Carbon storage in plants.