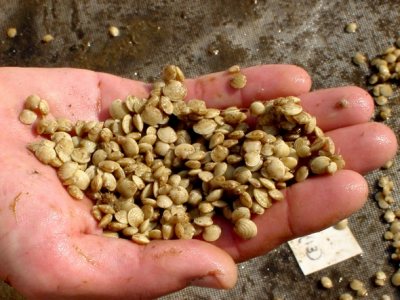 The study highlights that juvenile mortality decreases as organism size increases, and that mortality also increases as the aragonite saturation state decreases. In addition, the study demonstrated that incorporating adult clam shells into undersaturated sediment can improve juvenile clam populations, making this an effective management technique to mitigate the negative effects of ocean acidification on juvenile bivalves. Even a small increase in the aragonite saturation state can yield a large increase in bivalve population, which can be beneficial to costal marine ecosystems, and costal economies. 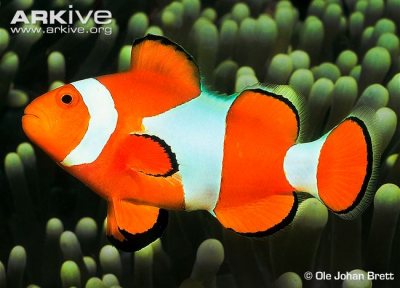 Clownfish were largely unaffected by acidification, even growing faster at high levels of carbon dioxide in the water.

The pH of the ocean is projected to decrease by 0.3-0.4 U by 2100 as a result of the human caused increase in CO2 emissions. This change in pH caused a change in pH in animal tissue. Mechanisms used by fish and other organisms to combat this have a high energy cost. Because of this, organisms with high metabolic demands or in stages of growth and development are particularly sensitive to these sorts of changes in their environment. Little is known regarding the potential impact of CO2 levels by the end of the century on saltwater organisms. To test this, clownfish embryos and larvae were subjected to a range of CO2 concentrations representing present day (390 ppm), mid-century (550 ppm), and end of the century (750 ppm and 1030 ppm) levels. The embryos were measured for their embryonic duration, survivorship, yolk size, and size at hatching. The larvae were measured for their length, weight, and swimming speed. There were no differences found between the acidified and control groups for all categories except embryonic yolk size and larvae length. The yolks of the 1030 ppm group were only 6 percent smaller than their counterparts and this difference was determined to be too negligible to hold any significance. The most unexpected result of the study was the increase in larvae length. There were two potential sources of this change. The first being that the change in pH caused an increase in appetite as a means to regulate internal salt levels through dietary consumption. The second is that the change in pH caused lower activity levels in the fish, causing them to expend less energy and thus allow for their increase in length. This change in length was seen to be advantageous in clownfish larvae and because of this and the lack of differences between the acidified and control groups in all other categories, it was determined that the projected increase in CO2 concentration in the ocean by 2100 would not be harmful to clownfish or other tropical salt water fish.