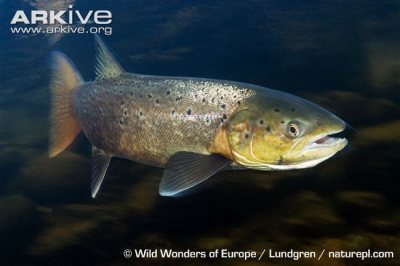 For my presentation in Joshua Lord’s class “Global Change in Marine Systems,” I used a scientific case study titled, “Proposed Local Ecological Impact Categories and Indicators for Life Cycle Assessment of Aquaculture.” This study done by Ford et al. explores the impacts and indicators on a local scale that relate to the salmonid aquaculture industry. In recent years the fish farming practices surrounding the Atlantic Salmon Salmo salar have increased at a rapid rate, and have become an international industry. The most prominent salmon aquaculture industries are located in Norway, Canada, and Chile. Since the 1970s Maine has also been a growing hub for salmon farming and as of 1998 was responsible for 18% of the US’s domestic salmon market. Ford et al.’s study and examination of impacts and indicators provides a basis for discussion and further study of salmon aquaculture’s effect on its local environment. This study was divided into two categories, “aquaculture’s impact on nutrient release,” and “its impact on biodiversity,” for each impact a series of indicators were created and then hypothesized as accurate or not. The discussion of accuracy stemmed from each indicator having at least one scientific case study related to it. Difficulties acquiring data or unrealistic measurements were also taken into account, e.g. the impact steroids and medicine given to healthy fish create undocumented effects in the environment. The most accurate indicators for nutrient release were “area altered by farm waste” which was an approximation of farm emitted wastes effects on the environment in m^2/ton of salmon produced. Three different salmon farms in Norway were extensively studied, and it was found that the environment surrounding the farms fragility was a main factor in severity of impact. A larger farm producing a much higher amount of waste (15 m^2/t), but in a stable and resistant environment accrued less damage then a small farm (1.7 m^2/t) surrounded by more fragile environment. For example, a smaller Norwegian farm surrounded by a bed of maerle, slow growing coralline red algae which grows 1 cm/year, would have a more devastating impact over time then a larger one surrounded by a resilient ecosystem. The best indicators for salmon aquaculture’s impact on biodiversity were number of salmon escaped and parasite abundance. The number of salmon escaped was well recorded on fish farms, and the escapades negative effect on local populations was also noted. Alongside diseases, farmed fish carry genes and traits that are ineffective for life outside their net-pen enclosure, causing future wild generations who crossbreed to have inefficient traits in the gene pool. Parasitism, mainly by sea lice, was also found to be a good indicator of impact on ecological diversity, and the number of motile adult parasites per farmed fish was hypothesized to indicate the damage to wild populations. Larger amounts of sea lice were found in Chilean salmon farms which could possibly be a result of less advanced aquaculture technology. This study didn’t have enough statistically significant data to make any concrete conclusions, and thus, should be used to discuss and be the basis for more studies surrounding how salmonid aquaculture affects the environment. 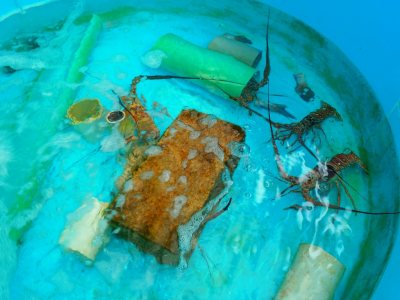 Spiny lobsters are often cultured in New Zealand, where they are grown in tanks like the one shown

For my segment of the presentation I discussed the scientific paper titled “Optimal feed pellet size for culturing juvenile spiny lobster Jasus edwarsii (Hutton, 1875) in New Zealand”. This paper, written by J.K Sheppard, M.P Bruce and A.G Jeffs, discusses the current state of lobster aquaculture and attempts to explore a way to fix its biggest challenge, the development of low waste, cost effective feeds. Spiny lobster aquaculture is developing rapidly throughout the world and is probably one of the most advanced forms of lobster aquaculture. The biggest concern for spiny lobster aquaculture is a way to improve the handling and consumption of artificial feeds by lobsters in order to maximize the profitability of spiny lobster farming. The researchers attempted to improve handling and consumption of food by the spiny lobsters by creating three pellet sizes (3, 5, 7mm) fed to three test groups of lobsters that were separated based off their carapace length. Their goal was to document three different variables. The first was lobster feeding behavior, documented in order to understand how lobster feeding habits change as they get bigger. The second variable is Pellet leaching, which is used to determine what particular size pellet crumbles apart or disintegrates the fastest in water and lastly consumption efficiency, which helps the researchers determine which pellet size is most efficiently eaten by spiny lobsters. This papers analysis showed that as lobster size increased, pellet size should increase as well because the larger lobsters produce huge amounts of excess food waste if they attempt to feed on the small 3x3mm pellet size. Overall consumption efficiency of pellets increased with both lobster and pellet size with the largest group of lobsters having the highest consumption efficiency with all pellet sizes, but the highest with the 7mm sized pellets. Overall this paper explains that improperly sized artificial feeds often experience food wastage up to 50% as a result of lobster handling and external maceration, but with the introduction of ideal sized pellets this wastage was reduced to 19%. While this is a great improvement, further reduction in food wastage is needed from adjusting feed consistency and fragmentation, to prevent pellet leaching and raise consumption efficiency, before spiny lobster aquaculture will be ready on the commercial scale.