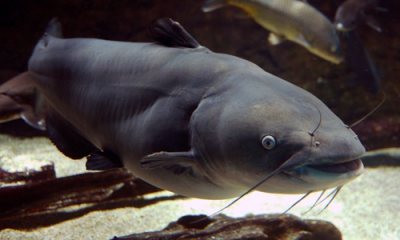 Catfish like this are the intended catch in hoop nets, but these nets often catch more turtles than catfish. Photo from chesapeakebay.net

My focus on Allison’s and I’s presentation was on the “Evaluation of Turtle Exclusion and Escapement Devices for Hoop-Nets” written by Zachary Fratto and published on the Journal of Wildlife Management in 2008. During the time of the experiment in 2008, turtle bycatch and post-capture mortality had been a very large problem that the catfish fisheries had been dealing with (mortality was approaching 100%). Due to this problem, it was decided that an experiment should be done in order to mitigate these mortality rates. The study’s main purpose was to test modified hoop-nets in the hopes of being able to reduce turtle bycatch without reducing catfish catch by any significant values. From the period of May 15-July 15 2006, the Gasconade River in Missouri was sampled for both turtle and fish capture with the utilization of a control net (normal hoop-net) and three modified nets (excluder, loose-weave, and chimney). Through the recording of location, date, time, coordinates, gear utilized, and effort in time at each site, the turtles and fish capture were identified and measured

The study’s main findings were that the modified net designs captured fewer turtles than did the control nets, however, it also found that fish captures in all modified nets were fewer in all net designs than in the original control net. The only modified net that appeared successful in achieving the goal was the chimney net, since 36/49 of the nets deployed either did not capture any turtles or allowed escapement of the turtles. The chimney net was able to reduce turtle bycatch by 84% without significantly decreasing the flathead catfish catch. As for the broader implications of the study, the chimney nets were found to capture larger turtles than the control nets, therefore this catch could start selecting for the evolution of smaller turtles. Although reducing overall turtle bycatch is important, reducing the mortality of the reproductive individuals (i.e.- larger turtles) is also necessary in order to maintain population stability. Further modifications to the nets (like a larger diameter chimney with a rope-weave pattern in the middle of the chimney) may increase escapement of larger turtles. Also, the application of these findings could be used to mitigate the effect of other types of bycatch seen in other aquatic systems. 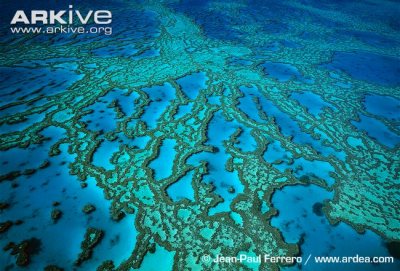 This study aimed to measure the connectivity or the interactions between coral reef populations in the Tropical Pacific.  They did this by measuring different biological factors in coral larvae and also by measuring physical factors such as ocean currents, temperature and salinity. By combing the various factors in these two measurements, they were able to create a biophysical model where they could present coral dispersal simulations. The main factor they were concerned with was the PLD (pelagic larval duration) and this was the measurement of how long the larvae could last before they settled on a coral reef. With this information, they combined ocean currents and were able to simulate the different distances that the larvae could travel. They could measure the connectivity between coral reefs through these simulations and could also pinpoint the areas or reefs that had the most connectivity to the other reefs. They could infer from these “stepping stone” reefs that they needed the most protection because they helped to populate isolated areas of coral reef. Through this study, they could also infer that the isolated populations of coral reefs are most at risk for extinction and should be watched carefully. Overall, this study hoped to bridge the gap between ecological dynamics and marine governance. This study could offer insight for better conservation techniques and could also better conserve the dwindling coral reef populations that need assistance.