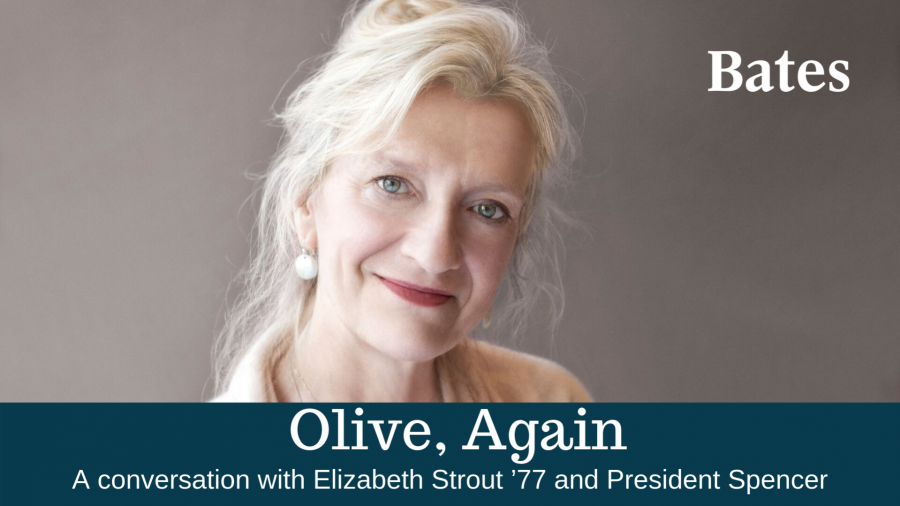 Olive, Again | A Conversation with Elizabeth Strout ’77 and President Spencer

Bates College is honored to host New York Times bestselling author and Pulitzer Prize winner Elizabeth Strout ’77 for a reading and conversation about her newest book, Olive, Again, which will be released on October 15. A follow-up to Olive Kitteridge, this new novel invites readers to revisit the unforgettable cast of characters in fictional Crosby, Maine.

The New Yorker has said that Elizabeth Strout “animates the ordinary with an astonishing force,” and she has never done so more clearly than in these pages, where the iconic Olive struggles to understand not only herself and her own life but the lives of those around her in the town of Crosby, Maine.

Whether with a teenager coming to terms with the loss of her father, a young woman about to give birth during a hilariously inopportune moment, a nurse who confesses a secret high school crush, or a lawyer who struggles with an inheritance she does not want to accept, the unforgettable Olive will continue to startle us, to move us, and to inspire moments of transcendent grace.

The first 300 confirmed registrants will receive a signed copy of Olive, Again at the event. Guests must be present to receive the book.

There is no charge to attend this event, but registration is required as limited seating is available. Event check-in will begin 30 minutes prior to the event start time. RSVP by September 30. 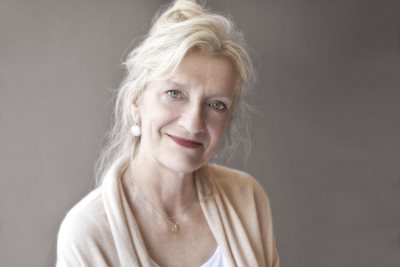 Elizabeth Strout is the #1 New York Times bestselling author of Olive Kitteridge, winner of the Pulitzer Prize; Anything Is Possible, her most recent book and winner of The Story Prize; My Name Is Lucy Barton, longlisted for the Man Booker Prize; The Burgess Boys, named one of the best books of the year by The Washington Post and NPR; Abide with Me, a national bestseller; and Amy and Isabelle, winner of the Los Angeles Times Art Seidenbaum Award for First Fiction and the Chicago Tribune Heartland Prize. She has also been a finalist for the National Book Critics Circle Award, the PEN/Faulkner Award for Fiction, the International Dublin Literary Award, and the Orange Prize. Her short stories have been published in a number of magazines, including The New Yorker. Elizabeth Strout lives in New York City.